The Advisory Board for FSU-COACH is comprised of coaches and sports professionals with extensive knowledge and experience in sports and coaching. The Board provides regular support and insight into current coaching methods, challenges, and guides the future direction of the Center. If you are interested in serving on the Advisory Board, please contact the Director, Tim Baghurst.

Shaun Caven is the Para Canoe Sprint Head Coach for Paddle Australia. He works with current Paralympic Champion Curt McGrath and Paralympic medalists AJ Reynolds and Susan Seipel. At the 2019 World Championships, his team qualified four athletes to Tokyo 2020 to compete in six events, winning two gold, one silver, and one bronze medal. Originally from Scotland, Shaun’s previous coaching experience includes working with the Scotland Team ('97-'01), Great Britain Junior Team ('01-'05), and Great Britain National Team as Head Coach ('05-'08). He then moved to Oklahoma City, where he established a USOPC National High-Performance Center. He was named USA Team Leader/Head Coach at the 2012 Olympics and USA Head Coach at the 2016 Paralympic Games. He was recently named the 2019 Paddle Australia Coach of the Year. 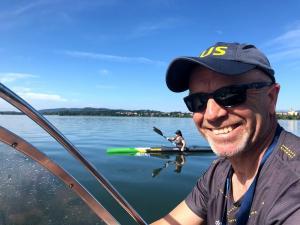 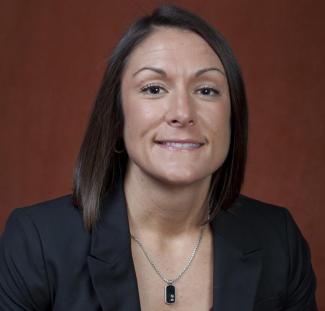 Vanessa Fuchs, a 2001 FSU graduate and former Seminole women’s basketball student-athlete, is in her 10th year as a senior administrator for the FSU Athletics Department. Since 2012 she has served as FSU’s Senior Associate Athletics Director and Senior Woman Administrator.  Vanessa also served as FSU’s Interim Athletics Director in 2013.  Prior to returning to FSU, she worked at the NCAA National Office and Atlantic Coast Conference (ACC).Fuchs was named the 2015 Women Leaders In College Sports Division I Administrator of the Year and is an FSU Champion Beyond the Game honoree. She currently oversees FSU’s Indoor Volleyball and Men’s Basketball programs as well as the Student-Athlete Development staff and the Athletics Performance Team (Sports Medicine, Nutrition and Strength and Conditioning).  Fuchs has previously overseen women’s basketball, beach volleyball, compliance, academics and facilities for the FSU athletics department.

Kacy King, Ph.D. serves as the Senior Associate Athletics Director and Executive Director of the Student-Athlete Support Services Office at The Ohio State University. Prior to joining Ohio State, King worked at Florida State University, where she served as Assistant Dean of Undergraduate Studies and Associate Athletics Director. She joined the staff at FSU in 2011 serving in many roles during her 10 years at the institution. King also worked as Academic Coordinator for the football and volleyball programs at Duke University (2007-2011).

King is an active member of the National Association of Academic and Student-Athlete Development Professionals (N4A) where she has served on the Board of Directors since 2016. She is also a member of Women Leaders in College Sports.

Originally from Bexley, Ohio, King received a Bachelor of Arts degree in Business Management from Wittenberg University in Springfield, Ohio. She was a member of the field hockey program. She earned a Master's degree in Higher, Adult, and Lifelong Education from Michigan State University, where she also earned her Ph.D. in Higher, Adult, and Lifelong Education with a cognate in Educational Psychology.

Kacy is married to Andrew King. They have two daughters - Ellery and Fiona. 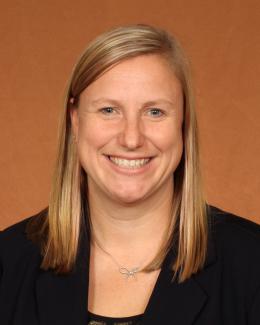 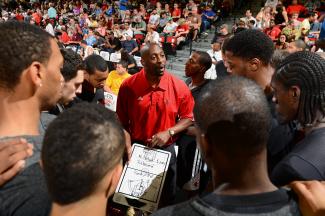 Adrian Griffin is a former player in the National Basketball Association (NBA) where his teams advanced to the postseason in five of his nine years as a professional including one trip to the championship in 2006 with the Dallas Mavericks. Shortly after concluding his player career, Griffin joined the NBA as a coach, and has worked with the Milwaukee Bucks, Chicago Bulls, Orlando Magic, Oklahoma City Thunder. In 2018, he joined the Toronto Raptors as lead assistant coach and was instrumental in helping the Raptors win their first NBA Championship in 2019.

Griffin completed his bachelor's and master's degrees at Seton Hall and is working on his doctorate in leadership studies.